Practical guide for a stay in Japan 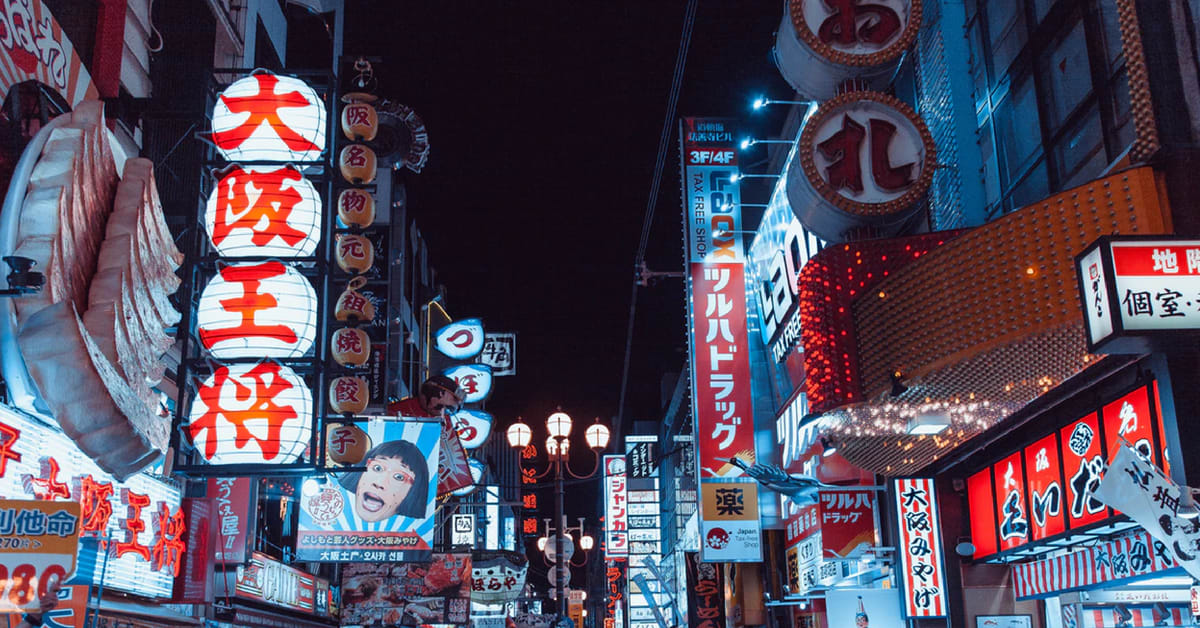 Discover the land of the rising sun.

When the sun sets in Europe, it rises in Japan on this magnificent archipelago of more than 3,000 islands in the middle of the Pacific Ocean. A mythical country where technology meets spirituality and where hyper-connection is matched only by a deep respect for traditions... If there is one fascinating country among all, it is Japan!

Whether you are travelling for vacation, work or for a language study trip to Japan. We offer you these few lines as an immersion...

What to see in Japan in two weeks?

The country is not lacking in attractions but this guide wants to be good advice... You have to choose! For a trip of about two weeks, here are our tips for an ideal five-step trip:

The unmissable districts in Tokyo are the ultra modern and ultra trendy ones of Shinjuku and Shibuya. Asakusa is a much more popular area known for its Buddhist temple with its four-storey pagoda

Then, heading southeast of Tokyo... About 80 km from the capital, you will discover Hakone and its famous "onsen", the natural hot springs. This small spa nestled on a mountainside offers a magnificent view of Lake Ashi from where Mount Fuji can be seen on a clear day.

The next step will take you to Kyoto, the former imperial capital that has become the cultural and religious heart of Japan, with its more than 2,000 Buddhist temples and thousands of Shinto shrines.

To continue with the cultural treasures, plan a stop in Himeji. You can admire its medieval castle, a UNESCO World Heritage Site.

Then, head west to visit Hiroshima, a city that, despite its sad memories, is now particularly attractive for its dynamism and modernity. The visit to the Peace Park will be followed by a visit to Iwakuni, a city known for its famous Kintaikyo Bridge. Then, a small escape to the sacred island of Miyajima where the famous Itsukushima sanctuary is located, which offers a breathtaking view!

The least we can say is that there is something for every taste and budget, namely:

The hotel capsule: the "nightclub" in the Japanese style!

Designed in the late 1970s, the concept is simple: offer practical and inexpensive (tiny) accommodation in the centre of large cities, so that late working businessmen who missed the last train or young people leaving town can sleep on the spot.

Result: a "cockpit" 2 meters long by 1 meter wide and 1.25 meters high, rented at the price of 8 euros per night... Soap, toothbrush and cotton swab provided to the collective sinks!

Like in many parts of the world, youth hostels exist in Japan. They offer accommodation in dormitories or small rooms for one or two people. For the toilet, meals, kitchen and internet connections... Let's go to the common areas!

They have been designed for businessmen but are increasingly appealing to tourists who want to enjoy the right comfort without spending too much. The Japanese style rooms are necessarily tiny and equipped with tatamis, but they are equipped with a bathroom. As a room service...... Vending machines!

The "ryokan", or respect for Japanese traditions

The entry into the ryokan is in footwear release mode: the host provides you with the slippers. Besides, nothing could be more normal, since you are staying with a local! Ryokan are often very pretty wooden houses with a (Japanese) garden and a private bathroom. The welcome is meticulous: your hosts want to promote the harmony and relaxation that make the reputation of their country. It is a very affordable and widespread formula: there are more than 60,000 ryokans in the country.

Minsuku are rooms offered by boarding houses that are even cheaper than ryokan.  The rooms for rent are an integral part of the owners' house. They are generally located in the most touristic places, and allow to accommodate tourists in immersion at home at really moderate prices. The comfort is local: futons on the floor, shared toilets and bathroom...

The travelling berths: travel lying down!

By night train the Cassiopeia, or the Twilight Express, for example, which respectively connect Tokyo to Osaka, Okkaido Island in northern Japan or by night bus... Combine business with pleasure by travelling at night.

The manga café is originally a "tea room" where you can read mangas.

The arrival of the Internet has transformed them into cybercafés. Access is charged "by the hour" (about 400 yen or about 4 euros). Most of them are open 24 hours a day. They are mainly frequented by otakus ("Japanese geeks") but there are now also urban castaways (commuters who have missed their train, or poor precarious workers) who spend the night there to help out. They offer private boxes with a comfortable armchair, a computer connected to the Internet, and sometimes a video game console... Even pillows, blankets, futons and showers!

Why not spend a night in a temple?

Shukubo (temples-auberges) are an ancestral tradition in Japan. Tourists are welcomed in the same way as pilgrims. In search of spirituality or simply for a change of scenery, travellers are welcome in these Buddhist temples, as long as they respect the calm, the wearing of slippers and the meal times!

They also exist, of course! Hightech and refined, they are in the image of modern Japan and overpriced..... For example, Park Hyatt Tokyo or Grand Hyatt Tokyo offer nights at more than 50,000 yen per room!

It is easy to get around and get to almost anywhere in the archipelago, whatever the mode of transport chosen: car, train, taxi, metro, bus, ferry or even bicycle rental....

The very good reputation of the rail network, in particular, is not usurped: it benefits from a network of exemplary efficiency and punctuality. Two options are available to travellers who want to discover Japan by train without breaking the bank: the "Japan Rail Pass" and the "Seishun 18 Kippu".

If you travel alone, we advise you to take the JR PASS (JRP or Japan Rail Pass), which allows you to travel unlimited on the entire JR network (train, bus, ferry boat).

If you want to discover the Japanese countryside, we advise you to rent a car (the Japanese drive on the left). If you take the stairs, you will have to park on the left to let the hurried passers-by pass.

Forget the clichés about the endless sushi/makis! Japanese cuisine is subtle and elevated to the rank of art... It has recently been declared a UNESCO World Heritage Site.

Japan has four distinct seasons, with notable differences: summer is often hot and humid, winter is mild and dry, while spring and autumn are often pleasant, with cool but sunny and relatively low humidity. These are the two main seasons not to be missed: springtime delights us with its cherry blossoms (the Sakura) and autumn with its red maple leaves (the momiji).

Remember, however, that Japan extends over about 3000 km, leading to regional variations such as a very harsh winter in Hokkaido and a tropical climate in Okinawa

Japan is one of the safest countries in the world, with a very low crime rate.

On the other hand, the risks of natural disasters, particularly earthquakes, are relatively high, with an average of one major earthquake every three months. The mobile application "Yurekuru Call" allows you to be notified of the arrival of an earthquake.

You can pay by credit card in department stores and hotels but I advise you to have cash for local shops and restaurants.

Withdrawing money in Japan can sometimes be difficult. You can do this in the "conbini 7/11" or in the distributors of Japanese post offices or "ATM international" stations, or those of the Seven bank. The distributors have an English mode, but it may happen that your card does not work.

We advise you to pay as much as possible before your departure (travel card, accommodation, outings) via the websites.

The electrical appliances operate at 110V / 50Hz for Tokyo and its region and 100V / 60Hz for Osaka and its region.
On public holidays

The Japanese are known to be very hardworking... And it's true! But they do, however, benefit from many public holidays:

The Japanese are known for their great politeness and for the omnipresent rules of life that govern their society. Here are some examples...

updated a year ago by Pierre